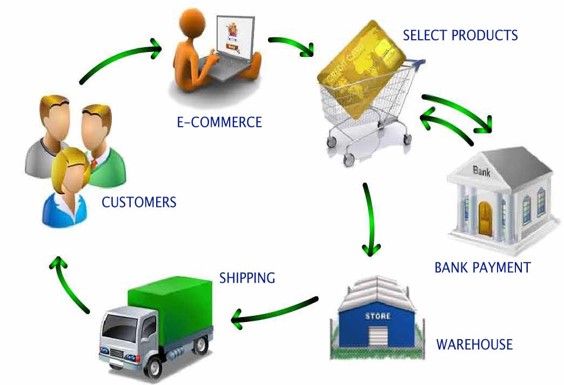 The recently introduced taxation of e-commerce in Vietnam has triggered a series of issues. Beside those mentioned in the last two articles on this topic, below are others.

The key trigger is permanent establishment (“PE” i.e., taxable presence in Vietnam). As mentioned in the last two articles on this topic, digital presence may be deemed by tax authorities in Vietnam as physical presence for taxation purposes, especially for e-commerce businesses. Otherwise, it would defeat the purpose of e-commerce taxation, as Vietnam has effective tax treaties with around 80 countries, and many companies doing business in Vietnam are from these countries.

If PE is triggered, it means that foreign companies that have transactions in Vietnam may not be able to rely on a tax treaty to protect the business profits derived through a PE in Vietnam from Vietnamese taxation. Where a tax treaty applies, the PE definition of the relevant tax treaty will prevail.  However, when a dispute with the tax authority in Vietnam over PE issues arises, it is often like an uphill battle for taxpayers.  Where a tax treaty is not available, a foreign company doing business in Vietnam is even more vulnerable to Vietnam’s taxation if a PE arises, as PE is broadly defined under Vietnam’s domestic tax law.  It includes (amongst other things) “an agent delivering goods or services in Vietnam on behalf of its overseas principal.”

When PE is triggered, the business profits of a foreign company are not protected from Vietnamese taxation, and there may also be the following potential tax implications.

For business visitors to Vietnam who spend less than the aggregate of 183 days in Vietnam in a tax year, they are considered as non-residents, and they may apply for tax protection under a tax treaty. Most tax treaties with Vietnam provide that if the person’s remuneration is not borne by a PE in Vietnam then the person’s employment income will not be taxable in Vietnam.

However, in the case scenario (1) above, if the foreign company has a Representative Office in Vietnam which employs (just pays for the cost of) a non-resident expatriate executive (e.g., a regional procurement manager) who frequently visits Vietnam to conclude contracts with the company’s contract manufacturers.  The Representative Office itself does not constitute a PE in Vietnam under Vietnam’s current tax regulation.  However, if the company is found to have a PE, either under the case scenario (1) above because of its e-commerce activities in Vietnam, or because of certain activities undertaken by the Representative Office or by the non-resident executive, then the person may not be protected by the relevant tax treaty.

A foreign company may be found to have a PE in Vietnam in different ways and it may have more than one PEs in Vietnam. Vietnam’s current tax legislation is silent as to whether if a business is found to have a PE in Vietnam, then above tax treatments will only apply to the transactions associated with such a PE, or they will apply to all transactions. So, the risk of the latter exists, even if a transaction is not associated with the PE.

Normally, if a PE is found then only the business profits derived from such a PE (if any) is taxable in Vietnam.  However, under the current tax administration rules, Vietnam taxes the business profits of a foreign company that are derived through a PE in Vietnam primarily through the withholding tax regime, whereby a PE’s tax liability is based the contract value (i.e., revenue),  instead of profits. For example, a PE is taxed at 1% corporate income tax and 1% VAT on of its trading revenue, or 5% corporate come tax and 5% VAT on its service revenue etc.

However, the foreign contractor tax regulation allows a foreign contractor to select the option of paying corporate income tax at 20% of profits (i.e., revenue – expenses), subject to successful tax registration as if the PE were an ordinary registered business in Vietnam.  It means that the tax office may attempt to tax a PE at 20% corporate income tax on profits, instead of at a lower rate (1% or 5%) on the revenue.  In this case, the tax on the business profits derived through the PE may be higher than 20% of the real business profits, because chances are that the foreign company may not be able to substantiate all its overseas expenditures (e.g., administration or management expenses) allocated to the PE for tax deductions. Vietnam has very strict rules on expense substantiation for tax deductions, and the tax regulation limits a foreign company’s allocation of management expenses to its PE in Vietnam by applying the following formula

However, the tax regulation also states that no tax deduction is permissible where a PE in Vietnam does not maintain adequate bookkeeping according to Vietnamese accounting standards, which may be the case for a foreign company that is found to have a PE in Vietnam by accident.

Therefore, international businesses that intend to further penetrate Vietnam’s market through e-commerce should be mindful of the higher PE risk, and the above potential additional tax implications.
If you have missed the last two articles on this topic and would like to read them, you may click here to view the first article and click here to view the second article.  The author can be contacted at nam@kreston-nnc.com.

Please note that the above information is intended as general guidance only. It does not constitute an advice and it should not be used as an alternative to seeing professional advice. If you have queries on any matter in the context of your circumstance, please contact us.