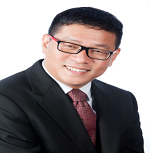 Nam has over 25 years of experience as a business and tax advisor with Big-4 firms in Vietnam (including EY, KPMG and PwC).  Through these years, he has gained extensive experience in advising local and multinational companies on doing business in Vietnam.

Nam is highly regarded as a “trusted advisor” by many leading local companies and MNCs in Vietnam, as evidenced by his lasting work relationship with them throughout his career.  He is one of Vietnam’s most award-winning advisors who has received awards of merits from Vietnam’s Minister of Finance (2011 and 2016) and Prime Minister (2013) and recognition by International Tax Review as one of the tax controversy leaders in Vietnam in several years. 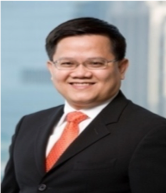 Thanh has almost 30 years of experience in foreign investment, taxation, and financial advisory services, gained in Australia, Singapore and Vietnam. He started his career with the Head Office of the Australian Taxation Office (Federal Treasury), in Policy and Legislation, specialising in international taxation treaties, interpretation and practices. Thanh took part in the negotiations for Australia’s tax treaty with Vietnam in 1990 (Vietnam’s first tax treaty) and was a member of the team that developed the policy framework, and followed by legislation, for Australia’s Controlled Foreign Corporations (“CFC”) and Foreign Investment Funds (“FIF”) taxation regimes. In 1992, Thanh joined Queensland Treasury, specialising in State revenue reforms and advisory services. He joined Ernst & Young Indochina in 1997, became Tax & Consulting partner in 1998, and took over as Country Managing Partner in 2001.

Thanh established Vietnam’s biggest (by revenue), most profitable and best-credentialed taxation services division and represented many multi-national companies and industries in investment policy formulation, finance and taxation matters. Thanh has also held CEO and Country Representative positions for several MNCs in Vietnam over the past years prior to joining NNC. 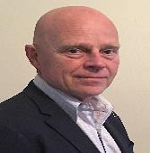 John is a Business Analyst with over 40 years experience in various industries including manufacturing, wholesale, retail, energy, banking, Big-4 professional practice and public sector.  John’s focus has been on accounting and IT systems, primarily financial systems.

He has extensive experience in project management, developing controls for new systems and system upgrades, and reviewing computer security. 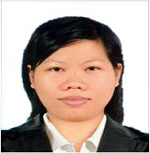 Hau holds Bachelor of Science in Chemical and Food Engineering from Bach Khoa University, Vietnam and is in the process of obtaining CPA Australia.  Beside English and Vietnamese, Hau is fluent in Japanese and is leading our Japanese Business Services (JBS) desk.

Luc has over 7 years of work experience as tax professional in global professional service firms in Vietnam (KMPG,  Mazars and BDO).  Luc specialises in tax, accounting and corporate services and he has gained extensive hands-on experience in tax and other regulatory compliance processes in Vietnam. Particularly, he has serviced clients in delivering consulting work relating to employment and payroll affairs including personal income tax, labour legislations, work permit and resident certificate and social security and tax compliances etc.

Luc regularly represents clients to work with the tax and labour authorities to address day-to-day compliance issues on behalf of his clients.

Luc holds Bachelor of Accounting and is certified Chief Accountant.  He is also undertaking exams for the qualification of Vietnam’s registered tax agent. 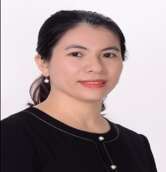 Suong has over 9 years of work experience at as Chief Accountant for local and multinational companies in Vietnam.  Through these years she has gained extensive hands-on experience in handling payrolls, personal income tax & social security reports, related compliance matters. Particularly, she has extensive experience in handling payroll and compliance matters relating expatriate global mobility in Vietnam including tax registration and filings, visa and permit and other relocation matters.

Suong graduated from Ho Chi Minh City university with a bachelor’s degree major in finance and banking.  She is a certified Chief Accountant and a registered Tax Agent in Vietnam.

Binh has more than 5 years of experience as a consultant.  He specialises in company incorporation, customs and immigration services.  He meets regularly with the authorities to handle licensing, customs, immigration matters for our clients.  Previously, he worked for BDO in Vietnam.